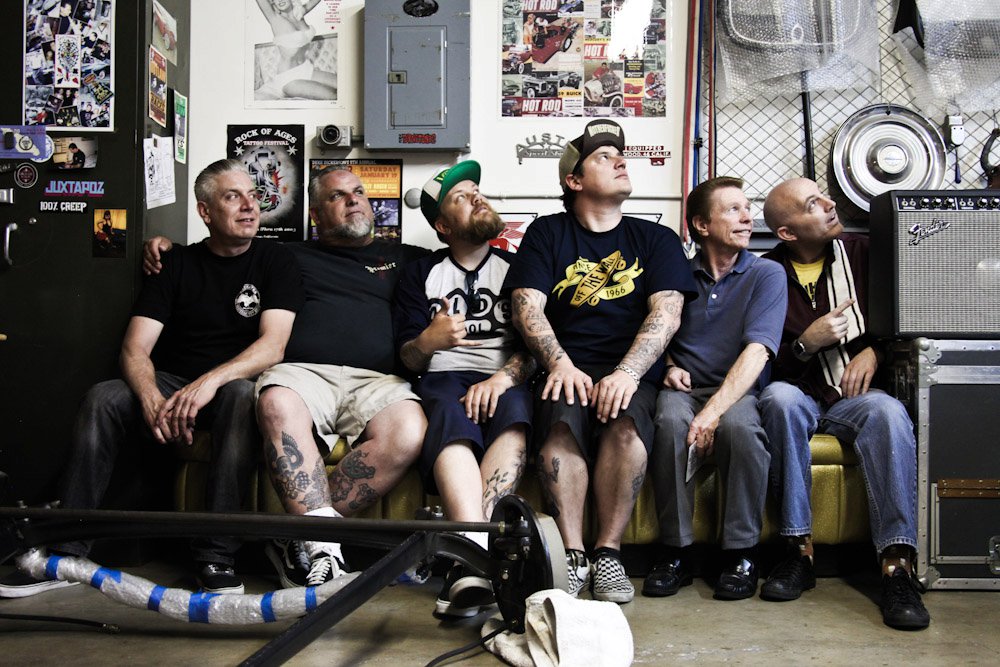 It is with great honor and appreciation that we can announce that The Dynotones is participating with their awesome surf music in Flake & Flames Kustom Kulture Documentary. The guys from The Dynotones have been a great help throughout the whole process. We can not thank them enough. Check out the incredible acknowledgement we got from Dano Nichols.

“When American International Pictures (AIP) released the first of 8 beach party movies in 1963 it was an insight into a lifestyle and culture that until then was mostly enjoyed by a small group of people in the Southern California area. A few years later it had spread across the country and had introduced the world to the topics of Surfing, Hotrods, Drag Racing, Custom Motorcycles, Dick Dale, Surf Music groups, and the Art of Ed Roth and Von Dutch. It would inspire people for generations to come. 50 years later, it is about to be taken to the next level as Jesper Bram and Dirk Behlau release “Flake And Flames” A movie profiling the best Artists,Painters, fabricaters of Hotrods,Customs,and Choppers in their REAL settings from around the world, who have kept it alive all these years. When The Dynotones were asked to score some tracks for the movie, we couldn’t have been more excited to contribute. The Dynotones have spent the past 15 years keeping the tradition going of Fender Reverb, Garage Fuzz and the Hot Rod lifestyle that was introduced back in the early 60’s. This movie gave us the opportunity to show behind the scenes of how this culture is very much a part of our lives …from cars, homes, to band rehearsal. We look forward to its release around the world. Thank you Jesper and Dirk!” ~Dano Nichols, The Dynotones

Listen to some of their tracks in the app below, and check out more about The Dynotones on these links:
http://www.reverbnation.com/thedynotones
Facebook.com/dynotones
dynotones.com