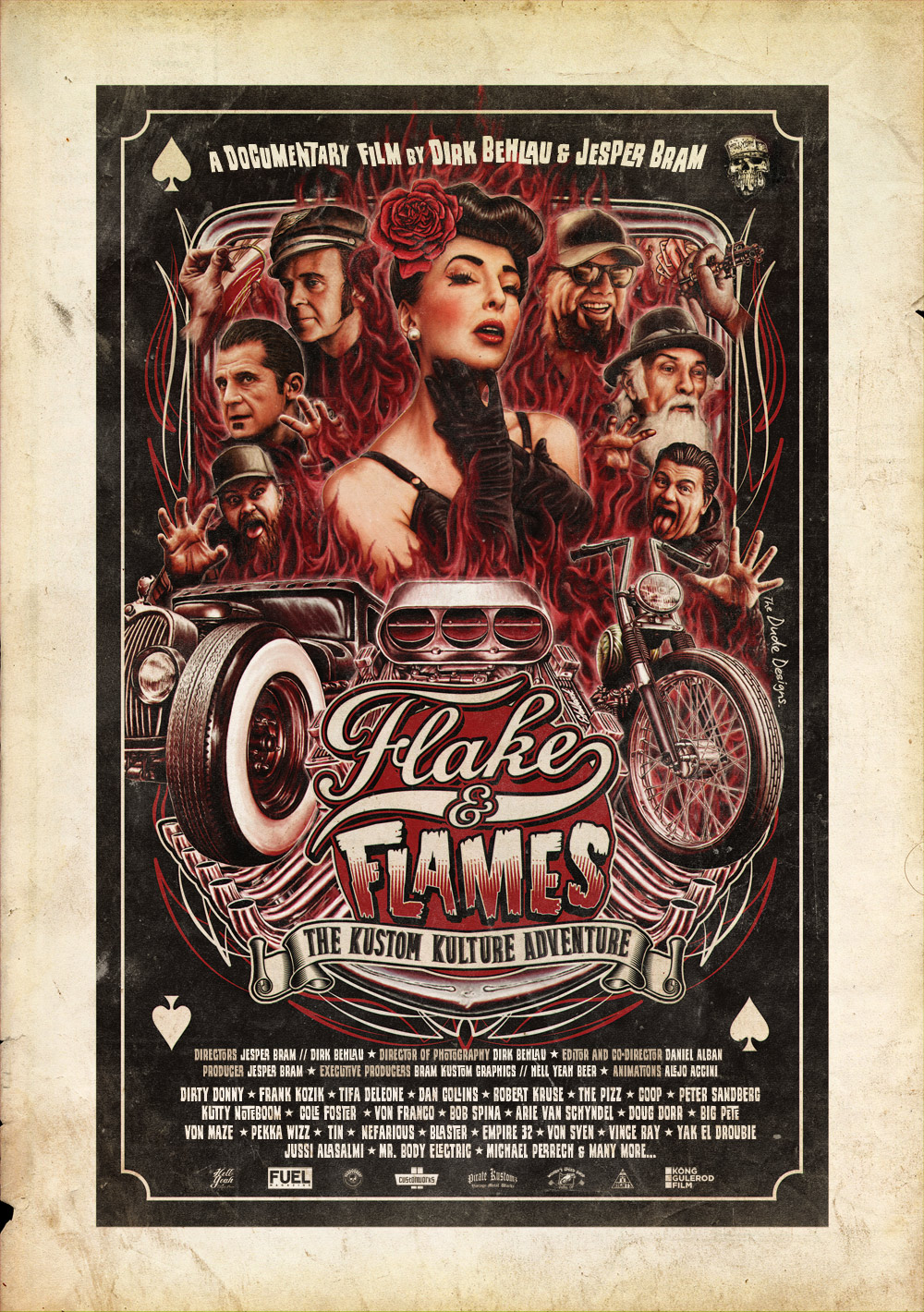 “The world famous Kool Lifestyle Photographer Dirk “The Pixeleye” Behlau and the acclaimed Pinstriper and Artist, Jesper Bram join forces on an astonishing adventure to make a documentary film about the Kustom Kulture movement around the globe.”

Flake & Flames is a fantastic adventure through the Kustom Kulture movement around the globe seeking out the hottest Kustom Kulture spots in the United States (US) and Europe.

If you are new to Kustom Kulture, you will experience the overwhelming creativity that exists behind terms like Low Brow Art, Hot Rods, Customs, and Pinstriping. Those who are familiar with Kustom Kulture will drool in awe and get a privileged look into the private domain of the Kustom Kulture legends of our time.

Some of the world’s best car and motorcycle builders, tattoo artists, pinstripers, custom painters, and pin-up models share their tricks and experience. Artists dedicated to art forms that have traditionally been frowned upon by established society throughout history show you why nothing else can compare.

Language: English
80min. Feature length documentary
The film is an independent production
Material for the film has been shot during 2011, in U.S. & Europe (England, Finland, Denmark, Sweden, Italy, Germany, France)
The film will be released world wide on DVD in April 2013.
www.flakeandflames.com